In response to the catastrophic floods in British Columbia caused by torrential rainfall, the Teamsters Union has mobilized its Canadian local unions, Joint Councils, and Teamsters Canada to amass a $200,000 donation to the BC Red Cross Emergency and Disaster Flood Relief.

In BC, the Teamsters Union represents members in various industries and public services. The flood disaster has impacted a significant portion of our union members, including dairy and bakery production, movie production, educational support staff, civilian police staff, rail, construction, warehousing and transport, to name a few.

“The flood disaster has wreaked havoc on people across the province,” stated Joint Council 36 President Stan Hennessy, “I am certainly thankful for the overwhelming generosity from our Teamster locals across Canada bringing support and relief to people in British Columbia.”

For two weeks from November 14, continuous storms poured immense amounts of rain on the areas ranging from Abbotsford to Merritt, Kamloops to Cache Creek, including Vancouver Island. Rainfalls of over 550mm left homes, schools, businesses and farms underwater.

The rain caused massive damage to the highways and rail lines connecting Vancouver and the Fraser Valley. Landslides and washouts severed the lower mainland from the rest of the province. The province says it’ll take until April 2022 to repair roads and structures. In the meantime, a provincial order restricts non-essential travel on the three highways into Greater Vancouver.

The disaster has caused fuel to be prioritized for transport trucks, emergency equipment, and first responders as a temporary measure. A limit of 30 litres of gasoline or diesel is enforced for non-essential vehicles under the provincial state of emergency. 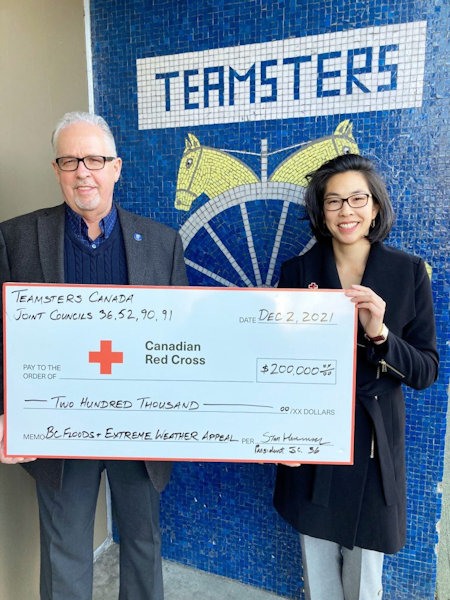 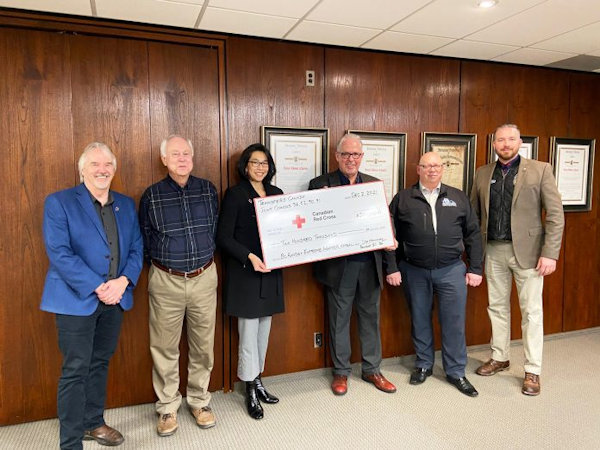 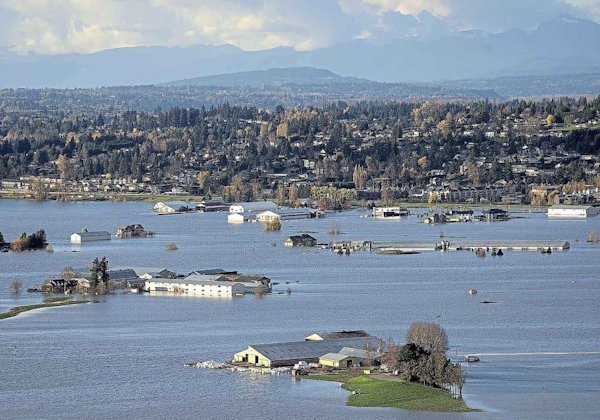 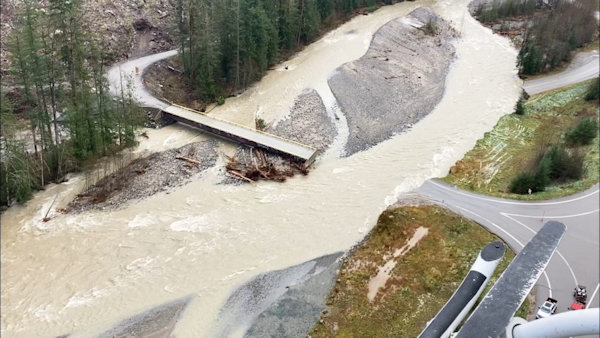 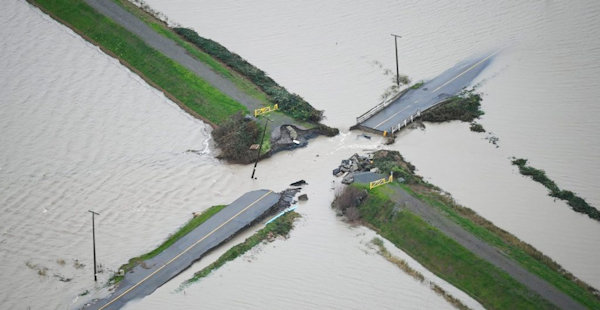 Also, the floods have devastated a wide range of crops and livestock, further exasperating the supply chain from produce, dairy and protein. The BC Agricultural Minister Lana Popham reported that nearly 700,000 animals have perished, and crops remain underwater.

On a positive note, CN Rail reports that trains are rolling again to and from Vancouver, BC, after repairing its tracks. The restored connection will allow freight to flow to and from the Port of Vancouver and begin to clear the massive backlogs of incoming shipping containers and outgoing grain. The repaired lines will also allow the Canadian Pacific Railway, which shares tracks with CN through the Fraser Valley.

Canadian Teamsters are with the people of British Columbia. The union will continue its efforts in helping with flood relief. For immediate assistance, contact the Canadian Red Cross for eligibility to receive $2000 if your primary residence was placed on evacuation order due to the flooding and extreme weather event.

Contact 1-800-863-6582 seven days a week, 8 AM to 8 PM. For more information, go to the BC government webpage at https://www2.gov.bc.ca/gov/content/natural- disaster/support/home and the Canadian Red Cross at https://www.redcross.ca/.